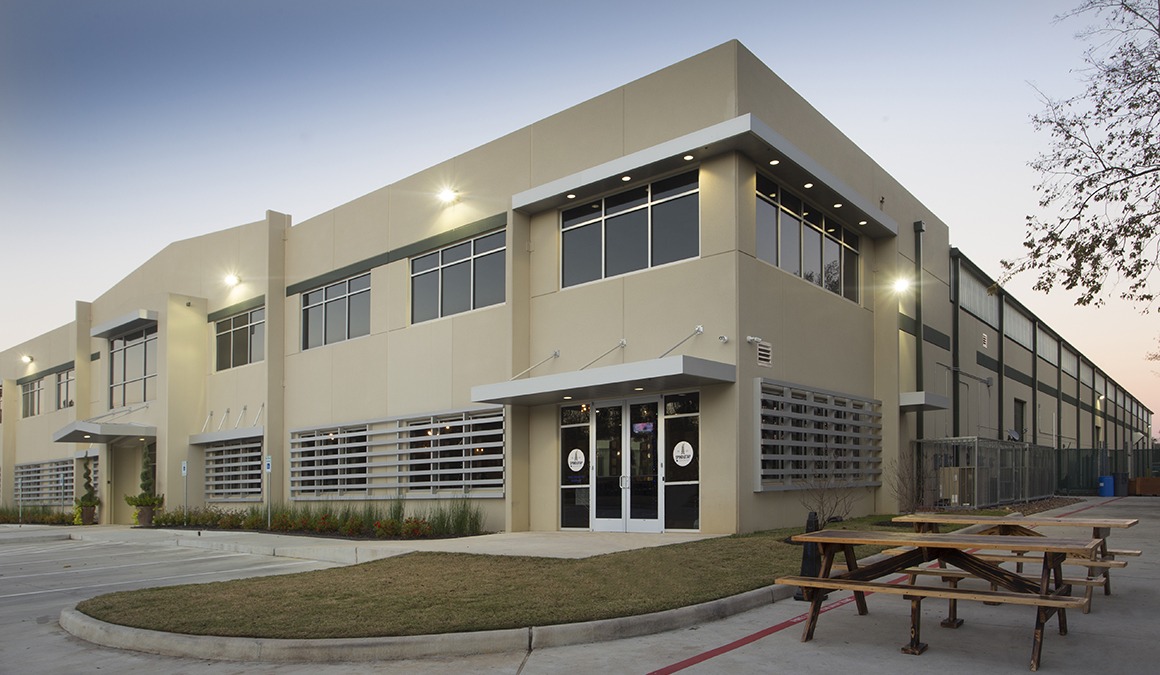 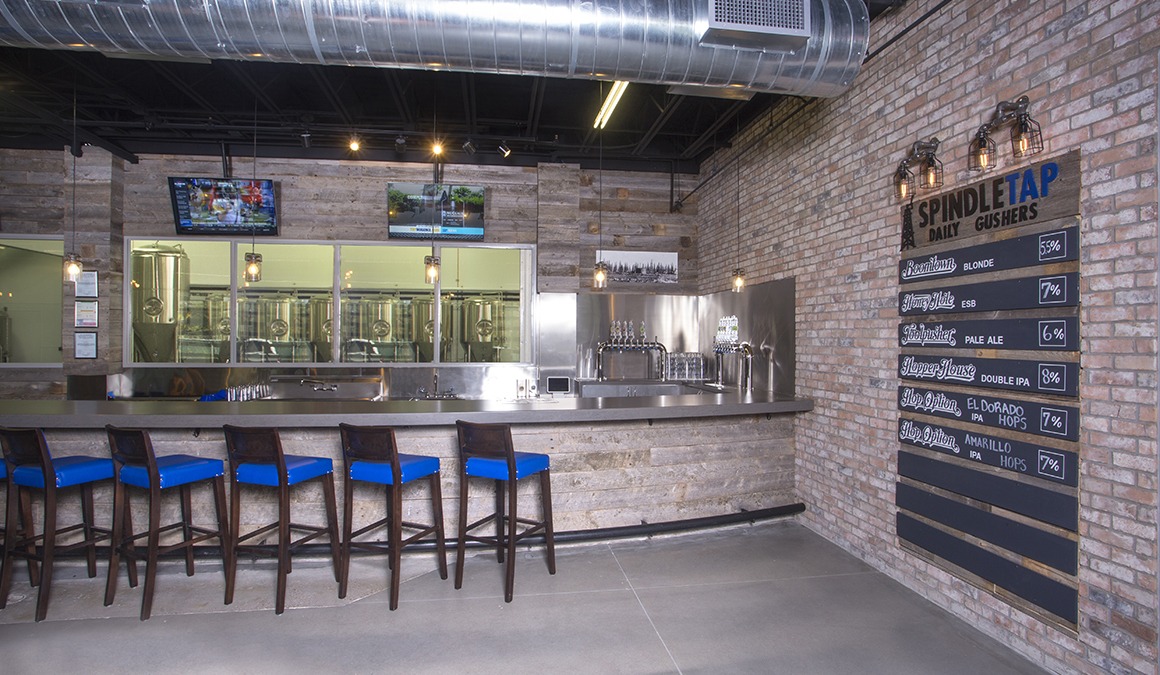 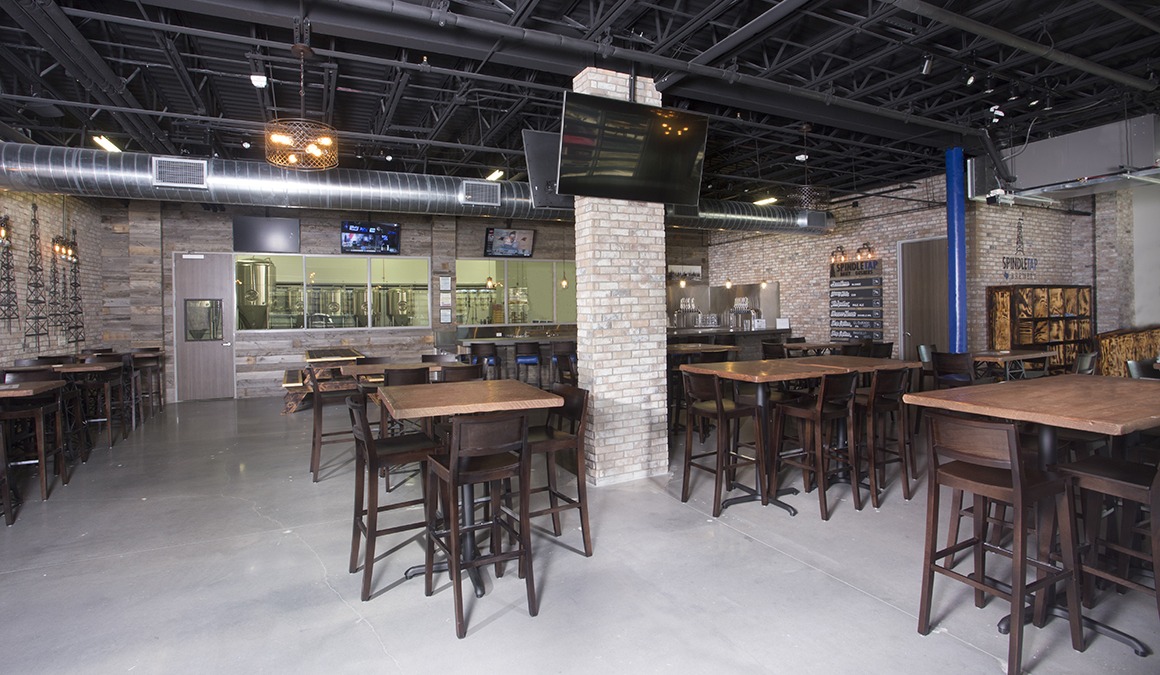 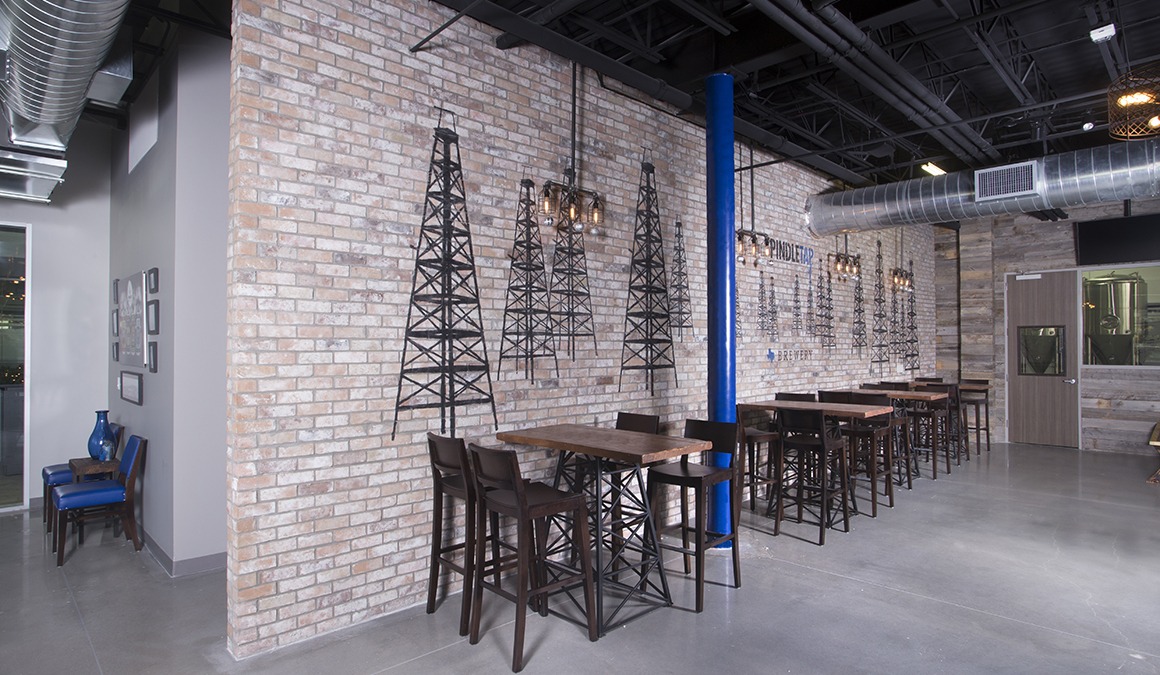 Spindletap Brewery consisted of a remodel of an existing building for the brewery and taproom. The brewery’s design was influenced from the major oil discovery at Spindletop Hill outside of Beaumont, Texas in 1901 which is where Spindletap’s name came from. Concrete flooring, brick and wood were used throughout the interior, while windows line the back wall to create a view into the brewery area. 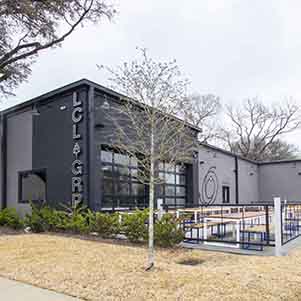