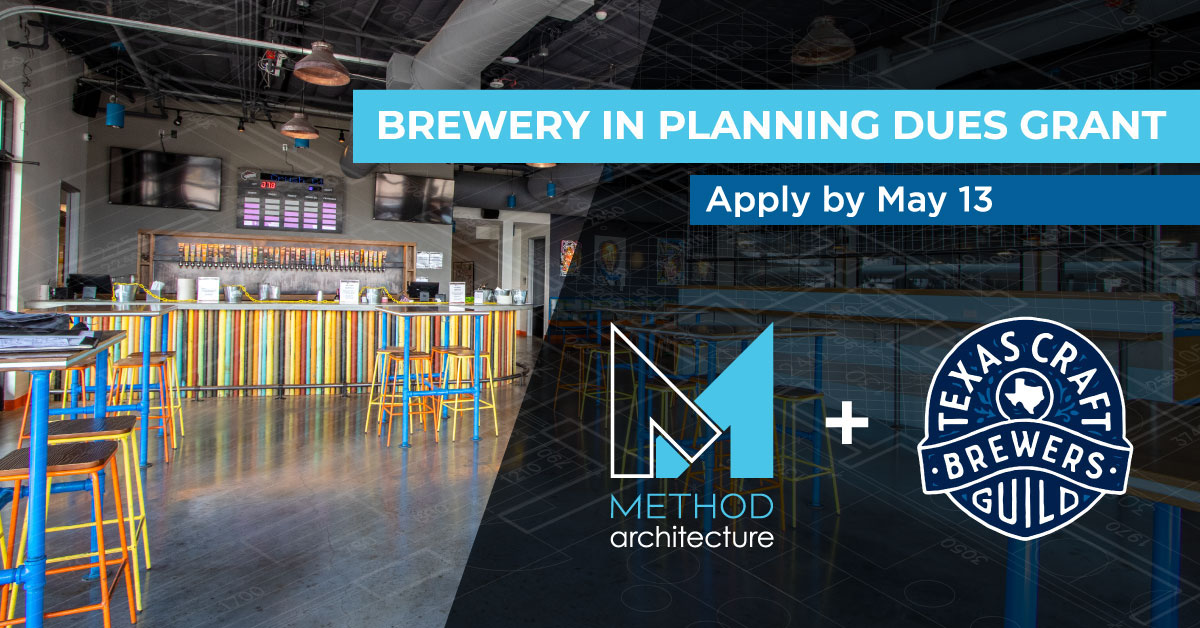 Austin, Texas (April 25, 2022) —A grant program will open for applications from future Texas craft brewery owners on April 26th. Grantees will receive one year of free membership (a $300 value) in the Texas Craft Brewers Guild, the trade association for independent craft breweries in Texas. The grants are funded by Method Architecture, a Texas-based firm that’s also a long-time member of the Guild.

“Breweries in planning have to prioritize every dollar as they get their projects going,” says Meg Ellis, Membership & Business Development Manager for the Guild. “So to benefit from Guild membership in the crucial early phases and still be able to allocate funds toward hard costs like equipment orders and facilities improvements can have a huge impact down the road.”

Brewery in Planning member benefits include accessing the Guild’s library of recorded and live online educational resources, attending monthly member meetups and annual conferences, connecting with more than 220 veteran brewery owners statewide, and building relationships with hundreds of vendors who will be critical to their success as brewers and business owners.

Carl Roaches, Jr., is part of the ownership team of For the Culture Brewing in Houston, and a recipient of the grant in 2021. “Within our Guild, competition is overshadowed by the camaraderie of its members,” he says. “There’s virtually no amount of research or reading that completely prepares a person to start a brewery, but having the “inside” information available through other Guild members can prove invaluable to anyone looking to open a brewery of their own.”

The costs to enter the craft brewing industry are high, and continue to climb due to ongoing supply chain and logistics challenges that started during the COVID-19 pandemic. People of color, women, non-binary individuals, and entrepreneurs outside of metropolitan areas are known to experience barriers to credit, capital, and other business supports that their white, urban counterparts might not.

“We know the barrier to entry for starting a new business can be tough, especially for minority business owners,” said Jackie Rye, Partner and Project Lead for breweries including Buffalo Bayou Brewing Company and Karbach Brewing Co. “Our hope is that the grants allow these entrepreneurs to focus on what they do best and fully embrace the resources available within the craft beer community.”

In the grant program’s inaugural year, around thirty applications were submitted. Applicants represented every corner of the Lone Star State, including projects in Prosper, Tyler, College Station, Missouri City, and Allen, demonstrating the reach and appeal of craft beer for residents in rural and suburban communities.  Eight of the thirty applicants were selected to receive grants.

This year, the organization hopes to see even more applications. The application period will be open between April 26 and May 13, 2022. Eligibility criteria, award timeline, and the application form can be found at https://texascraftbrewersguild.org/method-bip-grants

Learn about the 2021 grantees here: https://texascraftbrewersguild.org/2021bipgrantees/

ABOUT THE TEXAS CRAFT BREWERS GUILD

The Texas Craft Brewers Guild is a 501(c)(6) non-profit trade association advancing the Texas craft brewing industry through advocacy and education. The Guild’s Board of Directors hail from craft breweries in all the major metropolitan regions of the state, as well as different brewery types and sizes to represent the Guild’s approximately 300 brewery members throughout the state, including operating breweries, as well as those that are in the advanced planning stages. The Guild also welcomes allied trade and retail members who support the craft brewing industry. To learn more about the Texas Craft Brewers Guild visit texascraftbrewersguild.org.  The official mobile app of the Texas Craft Brewers Guild, Texas Brewery Passport™, is available in the App Store and Google Play. 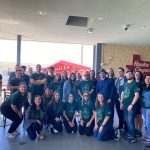 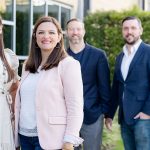