With its first acquisition under its belt, a newly launched Houston architecture firm also marked its first expansion into a new market.

Method Architecture, which was formed in 2016, acquired Austin-based Architecture Plus. The acquisition is set to close in early October, said Eric Hudson, principal at Method Architecture. Architecture Plus’ depth of experience with Austin Independent School District will allow Method to diversify its portfolio between public and private work, Hudson said, as well as expand into a new high-demand market.

“It’s really important for us to diversify our types of work, so when certain markets are down, others can support (us),” Hudson said.

Architecture Plus isn’t to be confused with Architects Plus, which merged with Three Square Design Group in 2016 to form Method Architecture.

Though the firm isn’t closing additional acquisitions this year, Hudson said the firm’s leadership is exploring acquisition opportunities in markets such as Dallas, San Antonio and Denver. Though Method’s open to acquiring Houston-area firms, its next deal will likely take place outside of Houston.

“We’re open to all kinds of growth,” Hudson said. 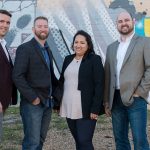 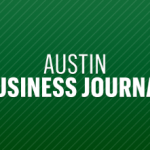