Method Architecture was recently awarded the John S. Faulk Award by the Zilker Theatre Production‘s Board of Directors in Austin, Texas. This award is given to those who have contributed, in partnership with Zilker Theatre Production, to the upkeep of and improvements of the Zilker Hillside Theater. Method was chosen for the award because of their generosity in providing pro-bono services for recent venue improvement projects.

“This is awesome news – we couldn’t be more grateful,” said Method Architecture’s Partner, Eric Hudson. “We are proud of the work that has been done thus far and remain committed to Zilker Theatre.” 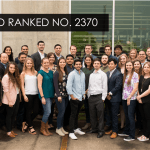 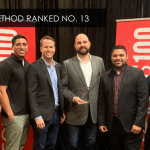