We saw an article recently about what beverages pair best with Girl Scout cookies. Some may lean to the more traditional choices such as milk, coffee, or your standard H2O, but we love craft beer and decided to give it a shot!

These round, mint-flavored cookies are best with a dark, chocolatey stout like Fetching Lab Brewery’s Bound and Determined Chile Stout. If you think we’re crazy, well you’re not wrong, but the complexity of the mint, chile, and chocolate all swirled together is a wonderful surprise. We imagine it’s like the moment when Mr. Snow Miser and Mr. Heat Miser meet but in your mouth.

Fetching Lab Brewery started in 2012 in Alvin, Texas. The brewery is owned by Brett Bray and Theresa Hutchings as well as head brewer and mascot, Bella the dog.

These peanut butter and chocolate gifts from the Girl Scout gods pair best with a dark lager or nut brown ale. We chose the Texas Pecan Brown Ale from Bluebonnet Beer Company because nothing is more sacred than chocolate, peanut butter and pecans from Texas.

Bluebonnet Beer Company was established in 2013 in Round Rock, Texas by David and Clare Hulama.

Again, you can never have too much peanut butter. That’s why we chose Saloon Door Brewing’s Tasty AF Peanut Butter and Chocolate Milk Stout. This combo will make you call all of your friends with peanut allergies and sincerely express your condolences.

Saloon Door Brewing opened its doors in April 2016 in Webster, Texas. Beyond their taproom, you can find their beers in brew pubs, restaurants and bars around the Houston and Galveston County areas.

These coconut and caramel cookies are drizzled in chocolate bringing a bold flavor that needs an equally bold beer. We suggest Karbach Brewing Co.’s BBH or Bourbon Barrel Hellfighter. This 11.5% brew will make you want to cozy up by the fire with a sleeve of cookies and forget the world. Each batch is just a bit different in the amount aged in different barrels. The December 2017 batch was aged with Heaven Hill, Woodford Reserve and Jack Daniels. The coconut and bourbon will make you believe there is a tropical island somewhere on the border of Kentucky and Tennessee.

Karbach Brewing Co. was founded in 2011 by beverage industry veterans Chuck Robertson, Ken Goodman and Eric Warner. The brewery grew rapidly in Houston and was purchased by The High End, an Anheiser-Busch company in 2016.

This classic and simple cookie pairs well with lots of beers but we think they are best with a beer that will pull out that subtle sweetness. For us, the obvious choice was Great Heights Brewing Company’s Fruitier Pellets NEIPA. A spin off of their original Fruity Pellets, this beer is everything tropical and citrus. We may even dunk ours before we eat them. Yabba Dabba Doo!

Located in the Greater Heights neighborhood of Houston, Great Heights Brewing opened its doors in 2017.

The New Kids on the Block

It happens to us every year. We have our typical order ready and the $20.. errr $50 bill in hand ready to order Girl Scout cookies from the young women outside the grocery and they ask if we want some new confectionary creation never before seen by man. Well, of course, we will not miss out on this groundbreaking event so we order 3 more boxes than intended.

If the immediate mention of s’mores doesn’t make you want to grab your tent and head out to the wilderness (or your backyard.. we won’t judge your glamping skills), well then you don’t deserve this next combo. These new cookies pair best with Holler Brewing Co’s Looyah Milk Stout. The mix of espresso flavors with the chocolate, graham and marshmallow is what campfire dreams are made of.

Holler Brewing Co began in January 2015 when John and Kathryn Holler abandoned their former careers for the pursuit of beer! In November 2016, the couple opened the doors to their 3,600 SF brewery in Houston’s newest art district, Sawyer Yards.

Lemonades are basically Trefoils feeling real extra. This shortbread and lemon icing concoction deserves an equally “extra” beer so we chose Saint Arnold‘s Raspberry AF. The bitterness of the raspberry paired with the sweetness of the lemon icing are an awesome sweet and sour combo.

We think these little powdered sugar-dusted lemon cookie wedges should be served on the edge of this next beer. Whether you like fruit in your beer or not, you have to try the Savannah Smiles with a Buffalo Brew Summer Wit. If a sunny day in Texas could be captured in a flavor, well this is it. The only way this could get better is enjoying it on the rooftop of Buffalo Bayou’s new 3-story brewery, check it out.

The team at Method Architecture has designed over 25 breweries across the country. From small interior renovations to large scale ground-up breweries, we love meeting new brewers and making their passion for craft beer come to life. Looking to open your own brewery? Contact us or download our guide:

Download our FREE Guide on Building Your Own Brewery! 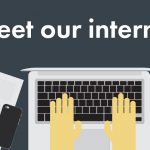 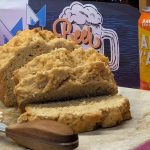